Testing of various types of airlocks used within the asbestos removal process has shown that contamination levels inside the shower compartment of an airlock can be unacceptably high during the decontamination process and take up to 8 minutes to clear down to a safe exposure level.

Tests were carried out within a 3-stage airlock adjoined to a working area, the work area was under negative pressure of 20 pascals with makeup air being channelled through the airlock. With operatives most unlikely to be in the shower for 8 minutes before removing their respirators, they are at a higher risk of being exposed to respirable asbestos fibres. 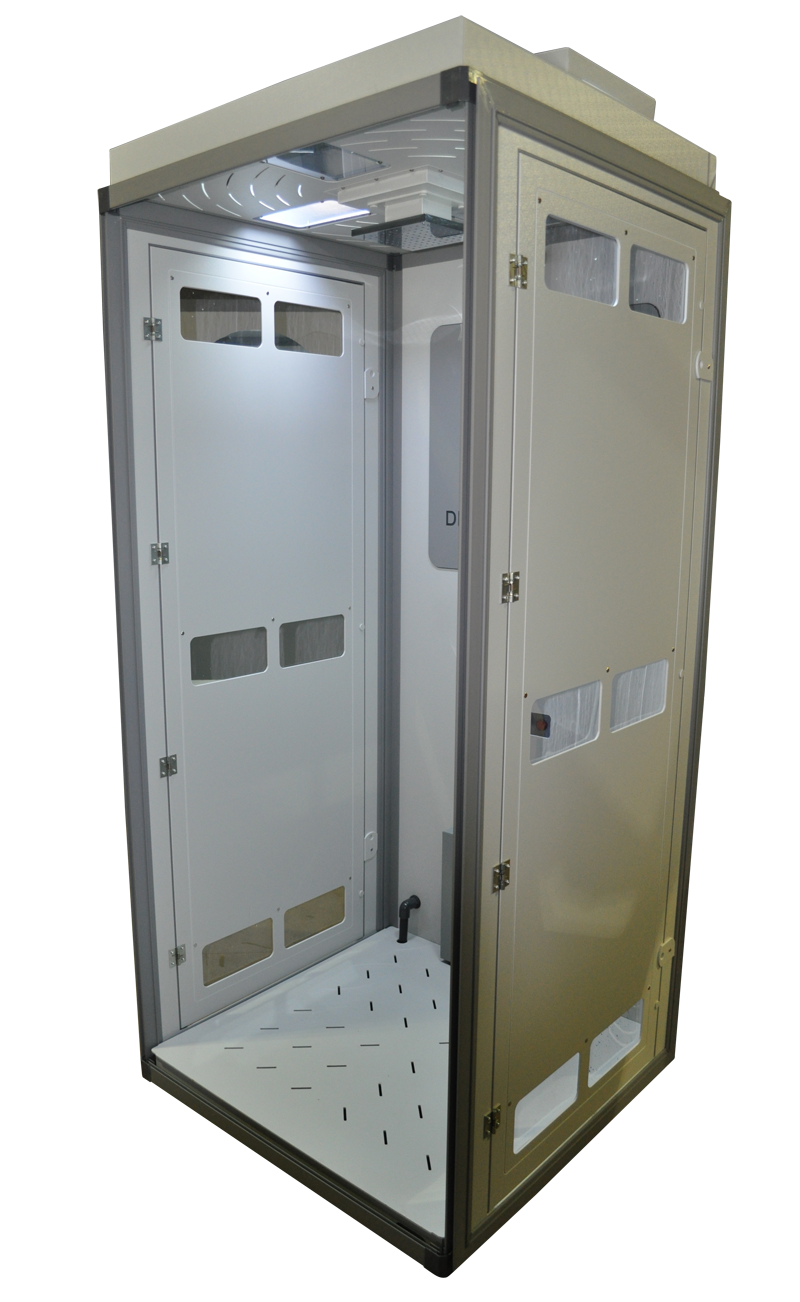 The CAB CLEAR has been designed to provide a rapid air purge of the shower compartment achieving one air change every 18 seconds. When the operative enters the shower compartment, they press an air switch situated on the wall panel to start the decontamination process. The inlet and exhaust fans start simultaneously and 5 seconds later the shower commences. A red warning light is visible through a viewing window to warn the operatives that it is not safe to remove their respirator.

After 90 seconds the shower stops for 2 seconds and the red light is extinguished and replaced by a green light to indicate the time out has been reached and that they can remove their respirators. The shower restarts, both inlet and exhaust fans remain activated.

All times can be adjusted at the factory before delivery to suit industry requirements. The user is responsible for ensuring that the levels of contamination within the shower compartment have reached an acceptable level by the time out.

If at any time the operative wants to stop the sequence he can press and hold the button for 5 seconds. This will halt all processes and cause the red and green lights to flash.  To reset simply turn the unit off and then back on again.

Any water management unit using a pressurized supply to the shower head can be used with this unit. No valves should be used between the unit and the shower head. 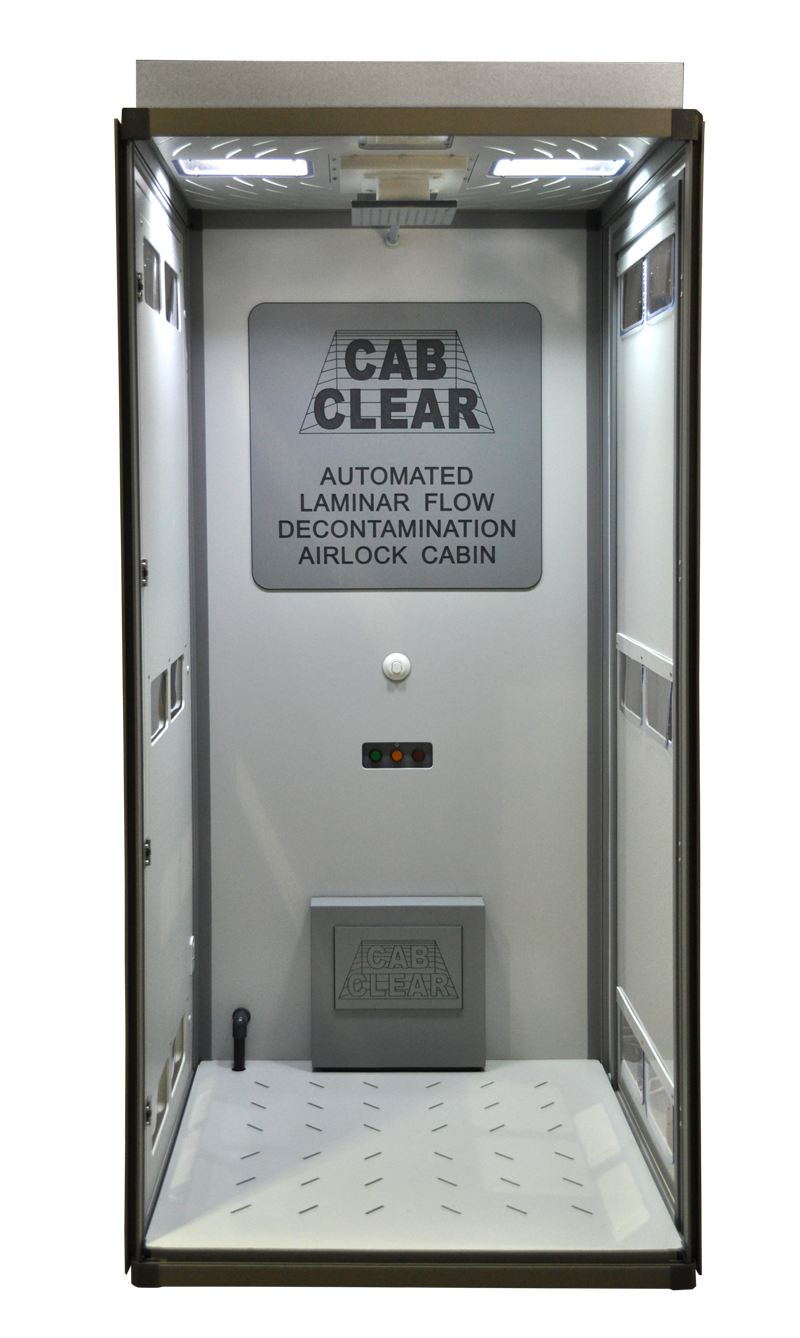 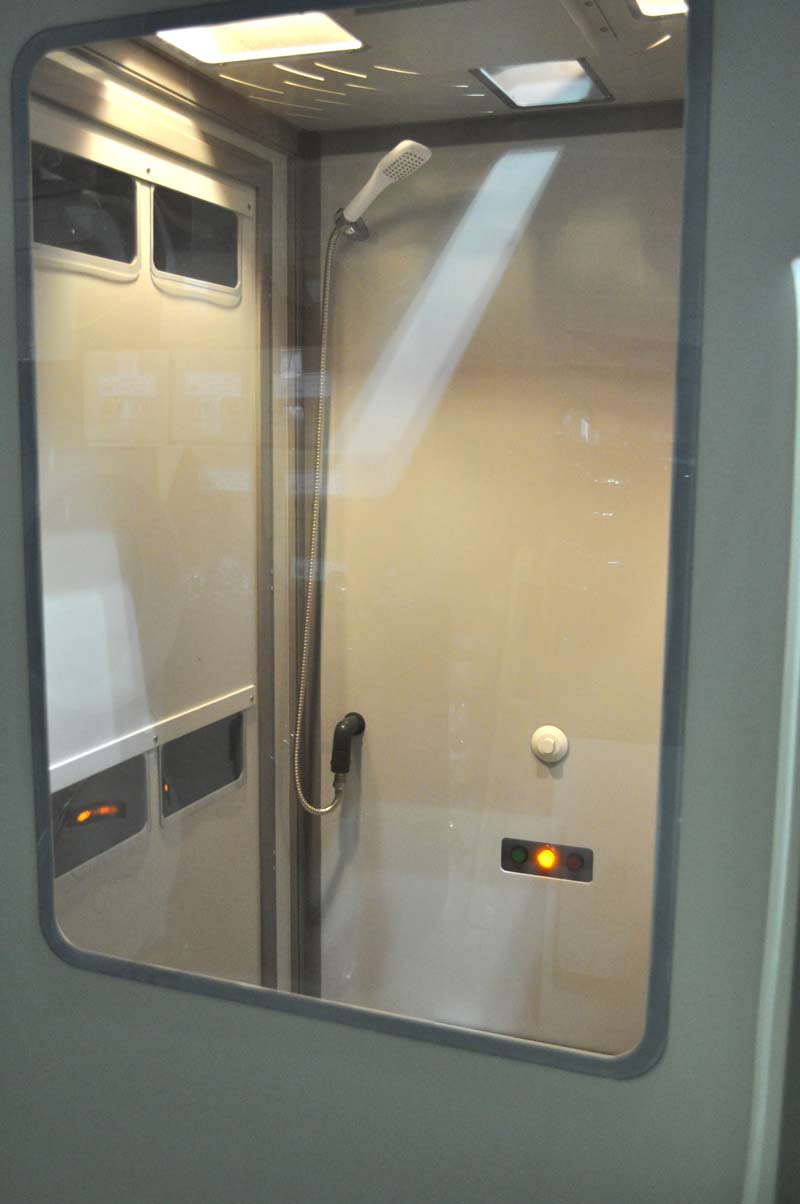 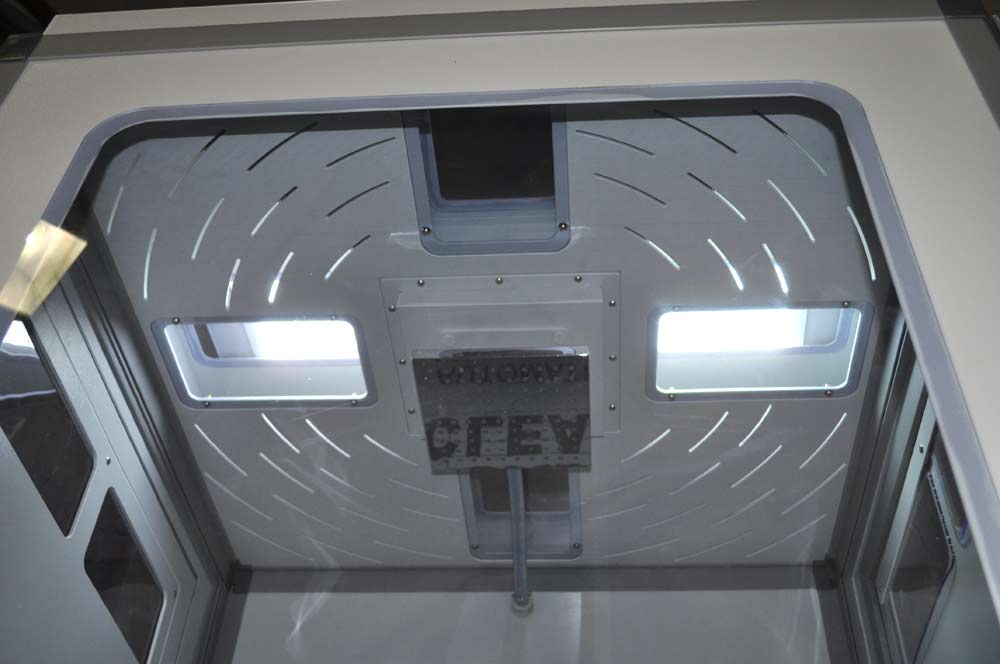